The Business Roundtable recently released a high-profile “Statement on the Purpose of a Corporation.”

What they are calling Common-Good Capitalism is a hot topic these days with politicians descrying the current state of capitalist affairs and promoting concepts like “common-good capitalism.”

A prior, more fundamental question is, “What is the purpose of a corporation?” something the Business Roundtable endeavors to answer after laying out a list of commitments most notably, “Dealing fairly and ethically with our suppliers.”

“Each of our stakeholders is essential. We commit to deliver value to all of them, for the future success of our companies, our communities, and our country.”

A company, in this articulated vision, is an artificial construct generating value by providing goods and services, sharing the value it creates in an economically and social optimal way across its different “stakeholders:” government, management, workers, owners of capital, and communities.

We live in remarkable times.

The balance between different stakeholders is a topic of debate.

Some would argue that optimality is driven by the amount of value any putative distribution can create. Some allocations of value lead to a bigger pie than others.

Other argue that the fairness of the distribution is equally or more important than the size of the pie. Why? Because fairness implies sustainability. A company can generate much more cumulative value over time with a fair distribution than one that is perceived to be inconsistent with the times.

And the times, they are a changin’, as the bard wrote.

An important part of the shifting perspective on balance and fairness stems from our changing demographics. Women make up a greater percentage of the workforce and of the entrepreneurial class. There are more minorities proportionally than there used to be.  We are more sensitive to the historical injustice of the treatment of indigenous peoples. We are grateful for the sacrifices of men and women who were disabled in service to their country, as we should be.

From the 2016 Hackett Supplier Diversity Study: 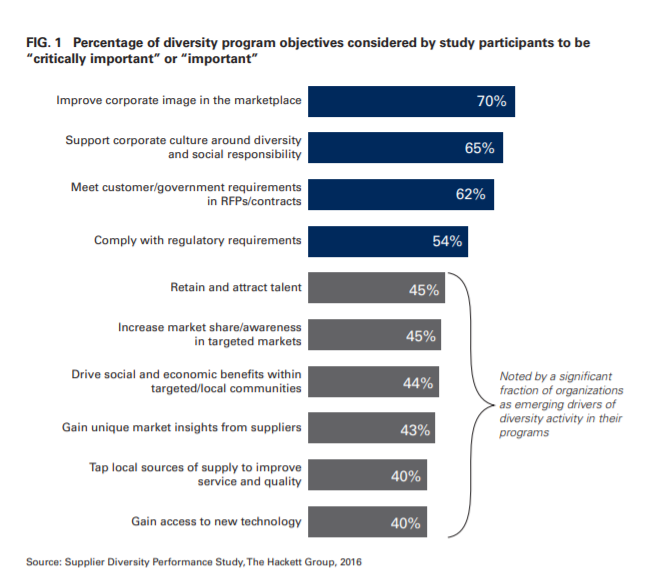 Yet, according to UPS, there are big problems.

“According to the 2019 Supplier Diversity Study conducted by the Hackett Group, supplier diversity programs hit only half of their intended goals, and more than three-fourths of corporations say they lack funding for outreach and training.

“This is not how critical business functions typically work, and no amount of CEO statements or awards banquets can overcome the level of misalignment between supplier diversity and corporate strategy.”

More from the UPS citation of the Hackett study on diversity:

“Today, two-thirds of corporations find it difficult to get the organization to adhere to supplier diversity program policy …”

For supplier diversity to really take hold, everyone involved needs to understand why it’s important for generating value, to making the pie larger and/or more sustainable.

And it needs to be easier for these diverse suppliers to engage with large corporations. This means better user experiences, more engagement, more mentoring.

Buyers have to develop their suppliers with investments of time, money, and knowledge.

Get this right and there are plenty of benefits to investing in diversity in procurement.

An easy user experience that requires little-to-no training, a cloud-based SaaS offering with no IT footprint, social networking and a data clearinghouse to facilitate mentoring and knowledge sharing, and a zero cost option for suppliers make it very straightforward to onboard diverse suppliers. 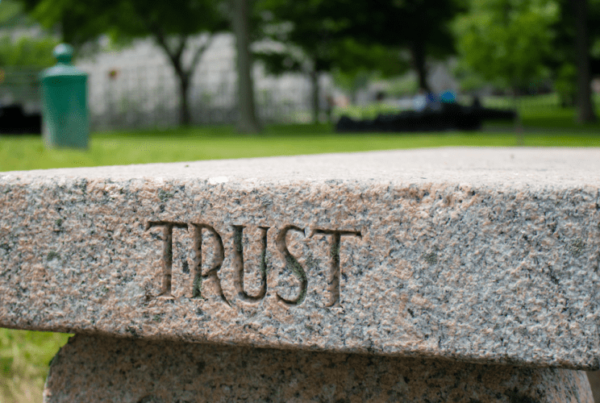